The University of Bologna is recognized as the oldest university in the western world and offers a multi-campus structure which is divided into 11 Schools, 33 Departments and 5 university campus branches within the cities of Bologna, Cesena, Forlì, Ravenna and Rimini.

Over the years, the Alma Mater Studiorum – Università di Bologna has paved the way for innovation thanks to an increasingly rich programme catalogue, cutting-edge research, a convincing third mission strategy and a growing international perspective.

Since its foundation in 1088, the University of Bologna has been student-centred, and, thanks to its five campuses and its Buenos Aires branch, it offers its student a varied course catalogue that is tailored to the needs of present-day society: over 200 degree programmes within its 32 departments and 5 schools.

Its community of more than 85,000 students makes the Alma Mater one of Italy’s largest universities, ranking first in Italy in terms of number of its students in exchange programmes abroad and within the top 5 universities in Europe in terms of number of exchange students. Moreover, the University of Bologna is among the top 5 Italian universities in major international rankings (QS, Shanghai, Times Higher Education, GreenMetric).

The University of Bologna is deeply committed to sustainable development and actively contributes to the achievement of the 17 sustainable development goals of the UN’s 2030 Agenda. As a comprehensive research university, the Alma Mater invests in multidisciplinary cross-cultural approach to research and teaching, which are considered as inseparable parts of the same unit. In the European landscape of research and academic cooperation, the University of Bologna is surely among the most active institutions. Indeed it has shaped and maintains alliances with industries as well as public/private organizations and also represents a crucial hub for international networks with its lively relations with America, Africa, Asia and Australia, that add up to its great networks in Europe.

The Strategic Plan promotes national and international scientific development in various different and multidisciplinary fields in line with the needs of society and the pursuit of the Sustainable Development Goals of the United Nation’s 2030 Agenda. The University recognises the value of responsible research and innovation and is committed to open science, research ethics and integrity, gender equality, public engagement and scientific education. Open science is a particularly crucial model in the pursuit of scientific research that is in line with the innovative developments of global society in the digital age, in the promotion of cultural, economic, social and technological innovation processes at the local, national and international levels, and in contributing to the improvement of research conditions. 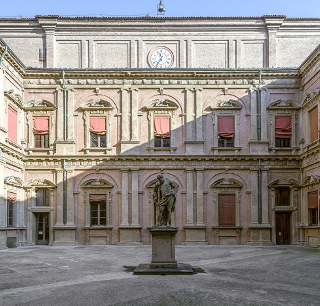 Scientific production is monitored through a dedicated IT program created by Cineca and freely added to by professors and researchers: the Institutional Repository (IR) of the IRIS suite. In addition to gathering data related to the University’s scientific production, this institutional archive makes it possible to manage the full text of the contributions submitted according to the open access model. The data confirms that the scientific output of professors and researchers increased in the 2017-2019 period. Analysis of the Essential Science Indicators in InCites regarding scientific production in 2009 – 2019 period shows that the University is cited heavily in almost every discipline (21 out of 22) and that 969 articles written by University researchers are highly-cited papers, i.e. included in the top 1% of works cited at the global level and/or having a particularly large number of citations in the past two months (hot papers). According to Web of Science, the University exceed the national average for international collaborations ( 44.08 of paper with international co-author) and for industrial partnerships ( 2.9% of papers with industrial co-author). With regard to Scopus data (Elsevier, July 2020), more than 7,000 scientific articles from the 2017-2019period written by professors and researchers and recorded in the IRIS catalogue have been published in indexed journals that rank among the top 10% worldwide.

The Department of Industrial Chemistry has expertise in several fields related to the topics of the present application: Computational Quantum Chemistry (complementary to experimental techniques developed and offered for ASC in all partner institutions), High Resolution Molecular Spectroscopy, Nuclear Magnetic Resonance, Coordination and transition metal chemistry, Heterogeneous Catalysis, Polymers, Nanotechnology, Spectroscopic Characterization of Materials, Applied Electrochemistry, X-ray absorption and fluorescence spectroscopy, Sustainable Organic Synthesis. Associated partners that are linked to the university of Bologna are institutions and research centres (Elettra, the Italian synchrotron radiation facility in Trieste, and CNR, the national council for research) where the master thesis can be performed.

Outside of Industrial chemistry department